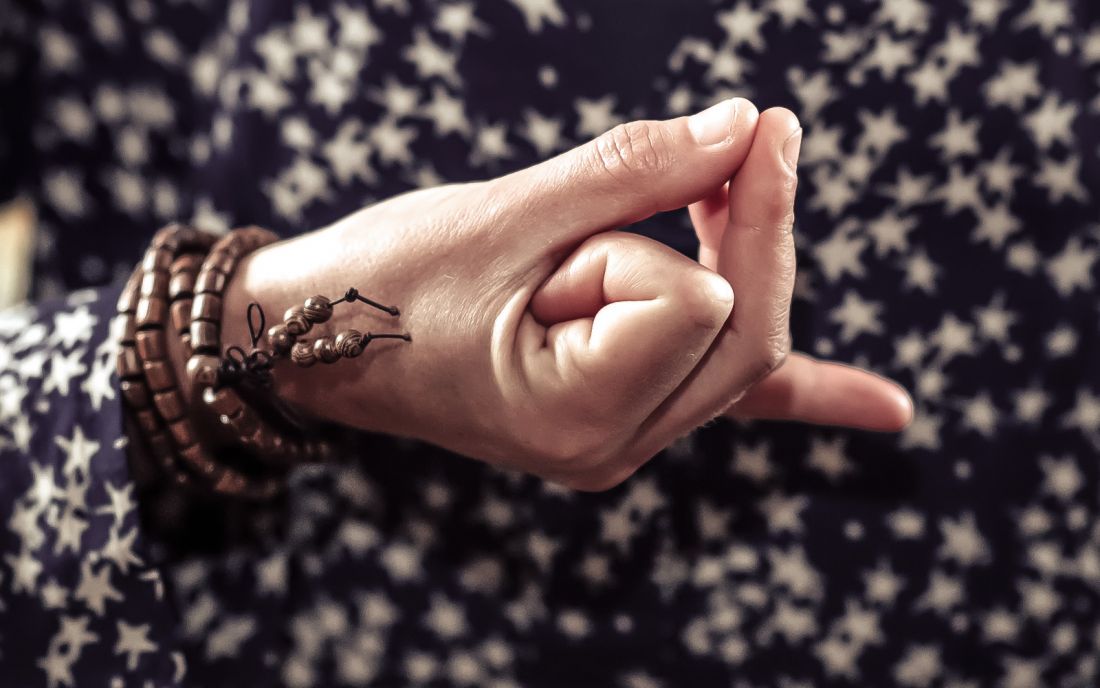 The effect of mudras can be expressed on many different levels. The physical level is associated with material energy, but the many subtle levels are far from being completely researched. Each human being is an individual energy field or sphere. There are different opinions that are how many levels of energy resonate within: some schools speak of five, others of seven, and others of 12, but there were probably even more.

Moreover, spreading the ten fingers creates a reflex that causes the thoracic (chest) vertebrate to spread out. This increases the tidal volume of the lungs.

The hands and/or fingers also have an additional direct relationship to the heart and lungs. With increasing age, many people can no longer properly stretch their fingers. This shows tension in the heart area, which often indicates the prelude to heart disease or a tendency towards osteoporosis. This slightly crooked hand position also impedes inhalation. The result is that the optimum amount of air is not drawn into the lungs, especially into the lung boarders, which promotes contamination in these areas.

A Little Exercise as a Break
While inhaling, hold your hands in front of your chest with fingers spread. Hold your breath and stretch out your arms horizontally at your side. Now exhale and vigorously make a fist with each hand. Then breathe normally, open the fists, and lower your arms. Repeat three times.

Ilse Middendorf, a leading expert in the field of respiratory therapy, has proved that a direct relationship can be established between the individual fingers and the corresponding areas of the lungs. The index fingers and thumbs influence breathing in the upper area of the lungs, the middle finger in the middle area, and the little finger in the lower lung region. You can confirm this statement yourself by placing the tips of the ring finger and little finger on the top of each other. Where do you feel the respiratory impulse in particular? Sometimes this test works the first time you try it – otherwise, it usually works after the first few attempts.

Furthermore, the ends of the nerve paths of the hands, as well as the feet, occupy a particularly large area in the brain (cortical homunculus).This area is much larger than that of the arms and legs. Cerebral activity is activated and trained by touching and feeling, especially with the fingertips. For example, finger games are employed to remedy children’s learning difficulties. These games still stimulate the corresponding connections in the brain and activate the brain waves. When mudras are practised consciously, which means that we focus on our fingers on whatever they are resting on, they activate large areas of the brain.

Not only can we use mudras to influence all of our body regions and functions, but every act of touching and every movement of the hands has a special effect. Doing handicrafts, playing an instrument, washing the hands, or massaging – all of these acts have long-lasting effects.

If you sit at a desk for a long period of time and your neck becomes tense or painful, use the thumb and index finger (with the thumb touching the inside of the hand) to grasp each of the eight finger-webs (working through one at a time) at the root of the fingers. Massage the point beneath it and pull the web to the front at least 6 times. When you do this, be sure to be in an upright and relaxed posture.